Top 10 Rarest Skins In Fortnite Of All Time

First of all, there are many skins in Fortnite.

Many to name and today I will name 10 of the rarest skins in Fortnite of all time.

Most of the skins that come out are common because many people buy them but when seasons come out people use old skins less and less hence why they become rare.

For example one of the skins I am going to talk about is the famous John Wick skin.

This one for a while was rare because it was brought out in the first couple of seasons.

Because it didn’t enter the shop there was no way for newer players to get their hands on it.

It was eventually released which made it more common.

This is why for many of the skins on this list the reason for them being extinct is because they have not been re-released.

But without further ado let’s dive into the top 10 rarest Fortnite skins which you have a player might not be able to get a hold of now (only if you are lucky!).

This skin is the rarest of them all. This skin may not look the best, but it is the rarest.

The Renegade Raider came out in season 1.

It wasn’t in the battle pass, but it was in the item shop only for a certain amount of time.

Only a few people have got this skin.

It hasn’t come back to the item shop since November 2017.

To get this skin, you have to reach over level 20.

This skin is the second rarest.

Like I said with the first skin it doesn’t look amazing but it is really rare.

It hasn’t come back to the item shop in ages.

Not many people have it.

Skull Trooper was released in November 2017.

This skin has 3 variants.

The first one is the plain white one, this skin was just a plain skin until Epic Games decided to make some different versions.

The next one is green.

And the last one is purple.

This skin is the rarest.

Literally, barely anyone has it.

But recently it has come back to the item shop.

Only for a few hours. Epic Games have made another style for this skin.

As you can see in the image above the Recon Expert doesn’t have a hat.

I know that isn’t that much of a change but this skin is pretty cool.

I will give this skin about 8.5/10 just because it’s a bit plain but it is rare.

This is a Halloween skin. But despite being one it was not released during the Fortnitemares event. 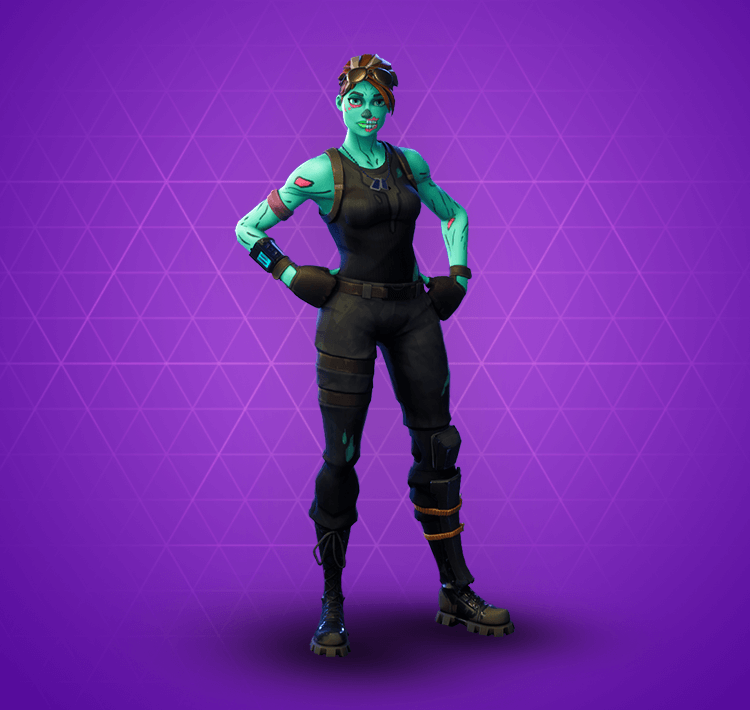 This skin has also recently come back to the item shop.

Epic Games have made a pink version.

In my opinion, out of all these skins, I think this one is the best.

I especially like the pink one but I don’t mind green. You will find this skin in the item shop for 2000 v-bucks.

I love this skin because it has got that purple glow.

And it just looks cool altogether.

This skin can get a 9.5/10 as well because the skin looks really cool. 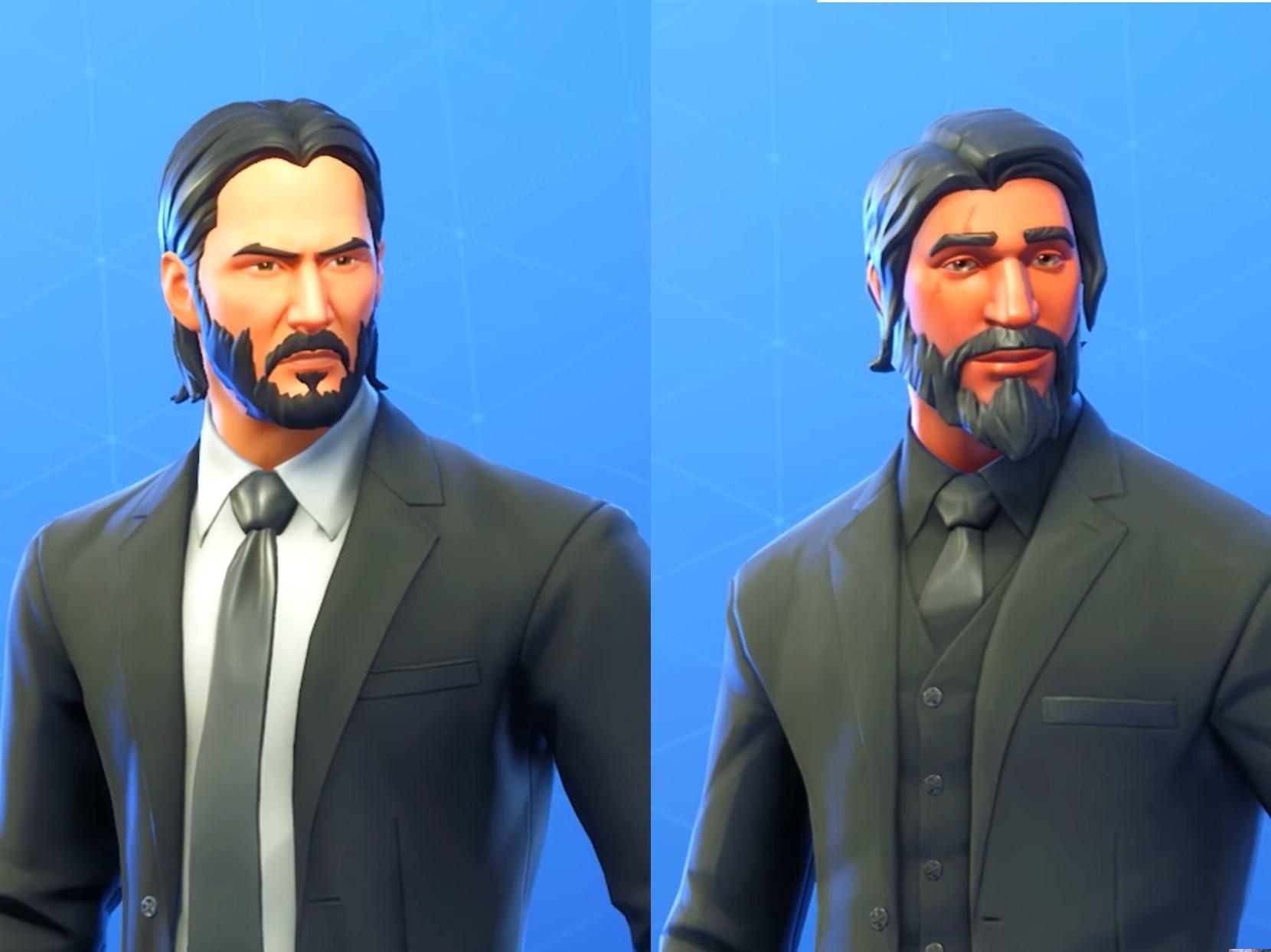 John Wick’s skin has been updated.

The skin on the right is the OG John Wick.

It came out in the season 3 battle pass.

The updated John Wick came out a few days after the new film was made. 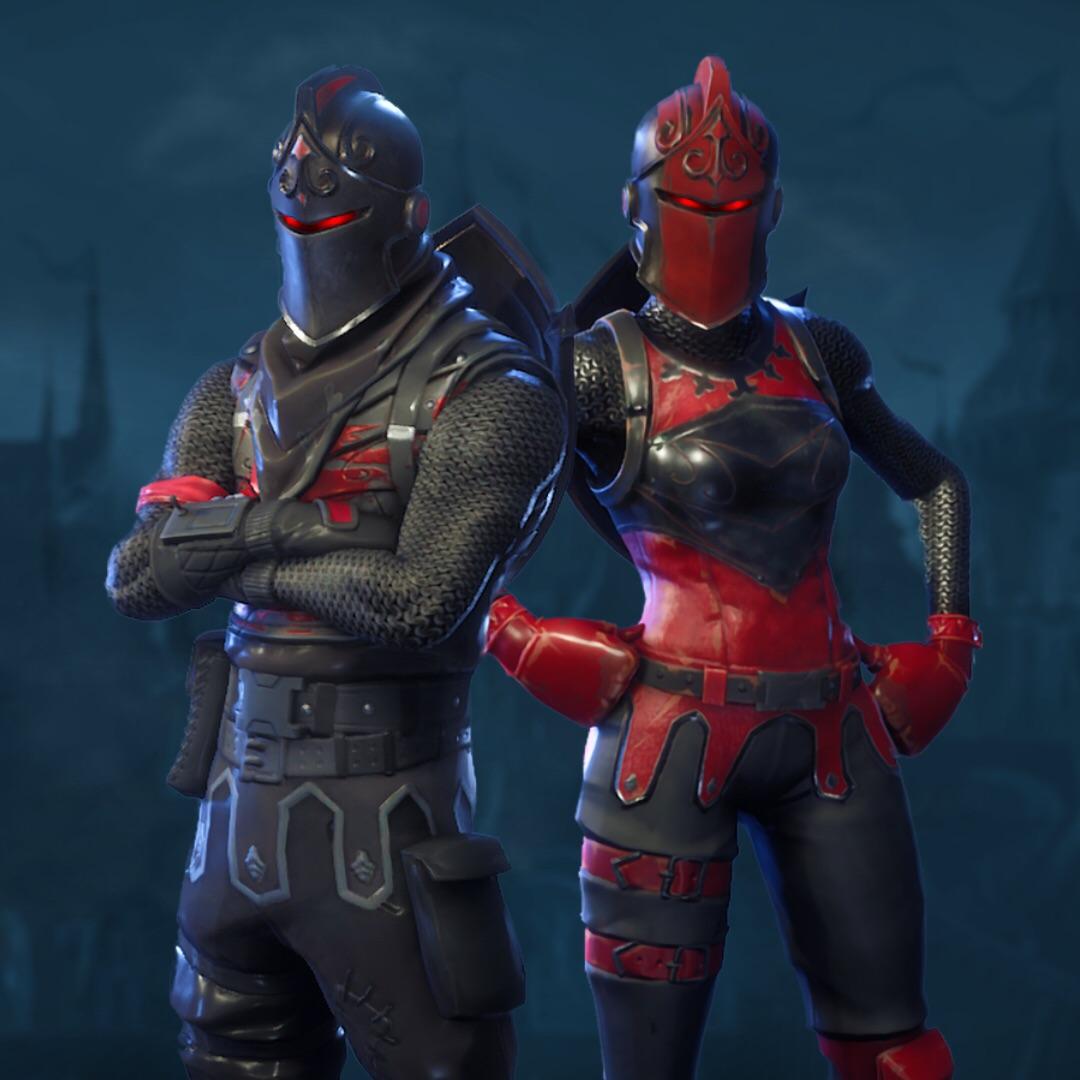 The Black Knight came out in season 2 in the battle pass.

This is a rare skin because not many people got the battle pass and you have to get to tier 70 to unlock this skin.

The Red Knight didn’t come from the battle pass it actually came from the item shop for 2000 v-bucks.

These 2 skins are basically the same just different colors,  gender, and name.

They are both Legendary.

You can only get it on the Samsung Galaxy Note 9.

Or The Galaxy Tab S4.

You could get this skin in a bundle in the item shop for free.

But you can’t get it anymore Epic Games have taken the deal off.

I don’t mind this skin, it’s not my favorite but it does look really cool.

This is a Christmas skin.

On this skin, it has recently had a new variant.

It is the burnt version.

The Merry Marauder has been in the shop 22 times.

Each skin has a different rarity.

If you get a series skin then you could get a skin that is apart of a collection like;

That concludes the list of the top 10 rarest skins in Fortnite of all time.

Do you agree with the list? Are there any skins I missed that you think should be on here?

If so do let me know by putting a comment below!

What Is The Best Knife In Murder Mystery 2?
Next Post: How To Become Better At Tower Of Hell? (4 Key Tips!)